Charles Daniel, a long-time skeet shooting champion, member of the Halifax Gun Club and former President of the Virginia Skeet Shooting Assoc. was inducted into the Virginia Skeet Shooting Hall of Fame at the Virginia State Shoot in August 2018. Charles received the award from Rebecca Myers at the awards dinner on Saturday night and was recognized for his many accomplishments to the sport. Included in his many accomplishments is coaching many new students to the sport. 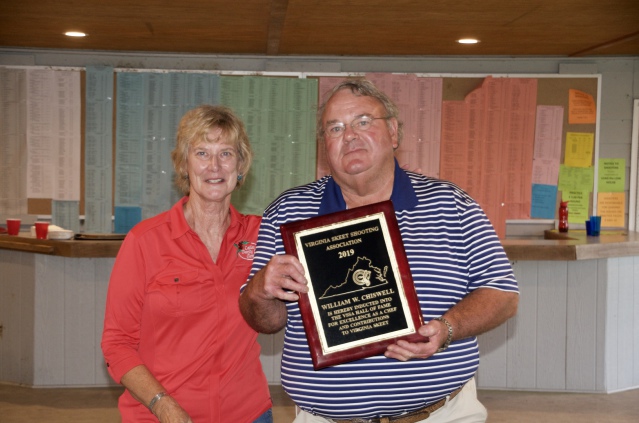